Are you looking for a quick, easy and tasty coleslaw without cabbage or mayo? Maybe you want to make things a bit healthier or simply don’t like cabbage but want a crowd-pleasing salad dish to bring to a barbecue or picnic (make sure to check out my potato salad recipe for another idea)? Whatever your reasons, my carrot, cauliflower and apple slaw is sure to be exactly what you’re looking for.

Far too many coleslaw recipes drown mountains of soggy cabbage in a heavy, mayonnaise-based dressing that really isn’t the best thing to bring to sit outside for hours at a sunny barbecue. It’s also not entirely healthy. Not to mention the high fat content of a mayo-based dressing, there is also often a fair amount of sugar in traditional slaw, as well.

My coleslaw without cabbage recipe also doesn’t use white sugar and only adds a tiny bit of honey to take the edge off of the acidity of the bright vinaigrette that it’s tossed in. So if you’re looking for the perfect recipe for carrot coleslaw without mayonnaise, then look no further. This one is sure to be a hit.

So without further ado, let’s get into the nitty-gritty of how to make this fantastic carrot and apple slaw with a spiced vinaigrette instead of a mayo-based dressing. And to start off, let’s make the dressing.

This coleslaw without cabbage or mayo uses a very zingy apple cider vinaigrette in lieu of a mayonnaise and sour cream-based dressing.

And because of the way the carrots and cauliflower tend to absorb the dressing, it had a high vinegar-to-oil ratio than a typical vinaigrette. If you’re not a fan of such astringency, then just either decrease the amount of vinegar or increase the oil content.

So to begin, pour some good-tasting apple cider vinegar into a small bowl. Then, whisk in a drizzle of honey, some dijon mustard, a grated or very finely minced clove of garlic and some garam masala.

Once this is all well combined, slowly drizzle in the oil while whisking constantly. This will emulsify the dressing and allow it not to separate and also aid it in adhering to your vegetables. Set the dressing aside for later.

Next, cut a small head of cauliflower in half and remove the core. You can easily do this by cutting a v-shaped notch around the core with your knife and pulling it out with your fingers.

Slice the cauliflower into thin slices and then continue to chop it into nice, bite-sized pieces. It’s up to you how big or small you want them to be, but I prefer them to be relatively small. Add this into the bowl with the carrots.

Then cut an apple into four panels along the core. Slice each panel into thin slices and then stack those on top of each other and slice into thinner strips still. Toss the julienned apples into the bowl with the carrots and cauliflower.

Next, thinly slice a red onion. I find that onion slices separate most easily when I slice the onion in half and then remove the root end by cutting a v-shaped notch with my knife (kind of like a scaled-down version of coring a cauliflower, honestly).

Then, make some thin slices of onion, toss them around to try and separate the layers if they’re being stubborn, and cuck them into the bowl with the rest of the things.

Finally, chop an ample amount of parsley and add it to the bowl. Don’t chap the parsley too finely here as you want its flavour to be a major player with all of the rest of the components.

Now all there is left to do is pour your dressing over the carrot slaw and mix to combine. Give it a taste to adjust for salt and pepper.

It will likely taste pretty astringent right not but give it time to absorb the flavours and allow everything to kind of meld together. This is why I say to refrigerate the coleslaw without cabbage for at least two hours and preferably overnight. It gets a lot better when you do this.

Once the slaw has sufficiently rested, you can serve alongside anything that you would choose!

This coleslaw without cabbage, mayo or sugar recipe can be used in any instance where a traditional coleslaw would be served. Super easy to throw together and incredibly zesty and flavourful, this is sure to be a hit at your next picnic or barbecue!

Are you searching for a carrot coleslaw without cabbage recipe? Have any questions? Let me know in the comments! 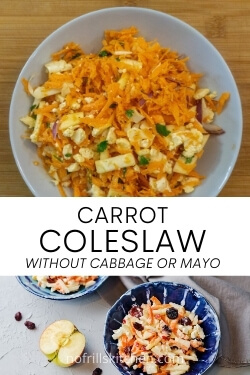 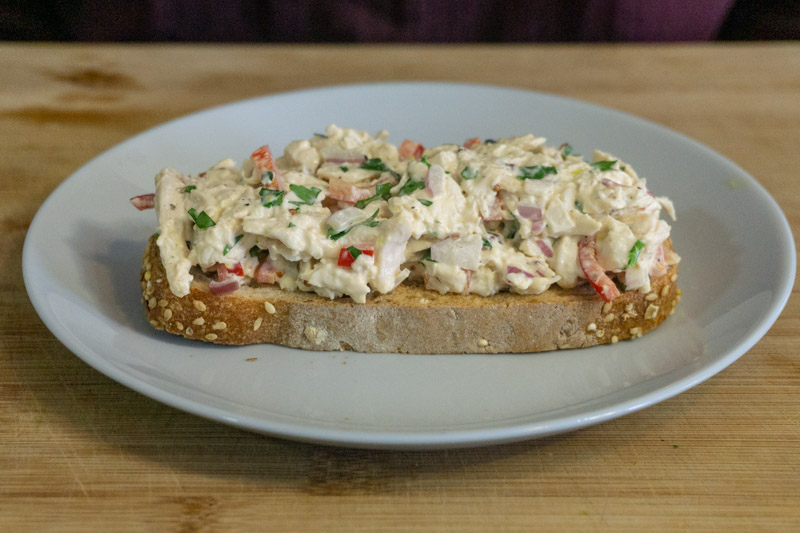 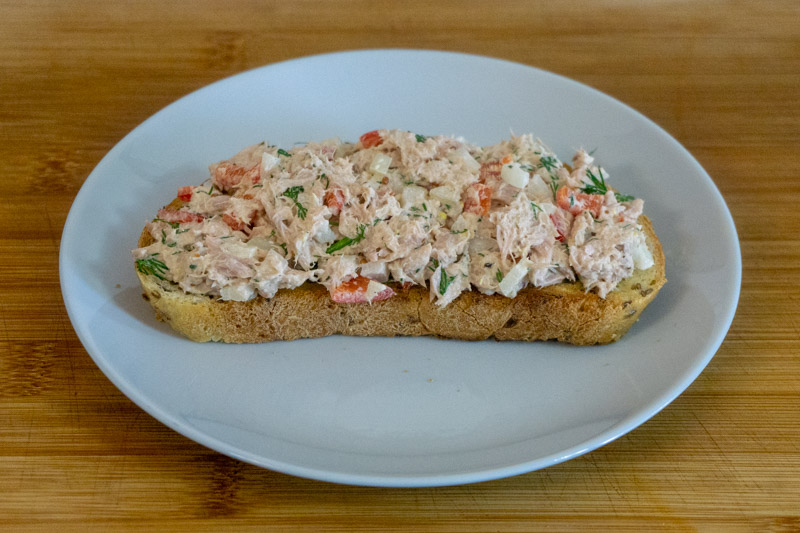 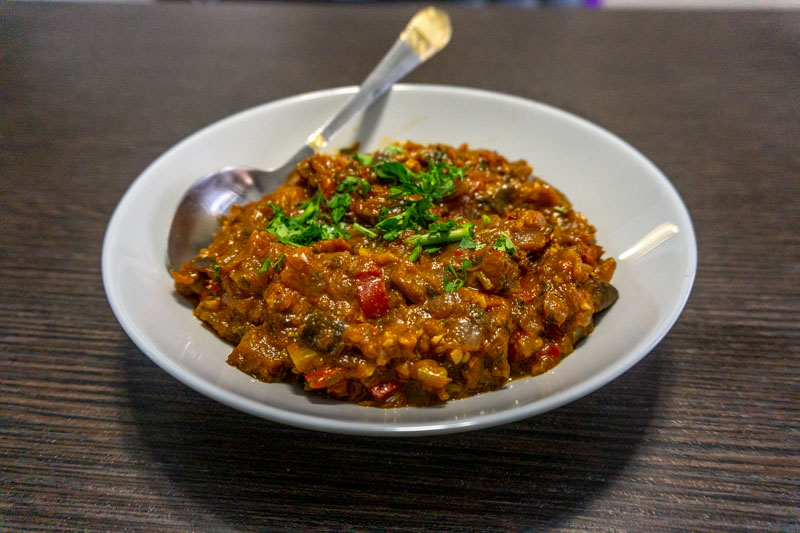